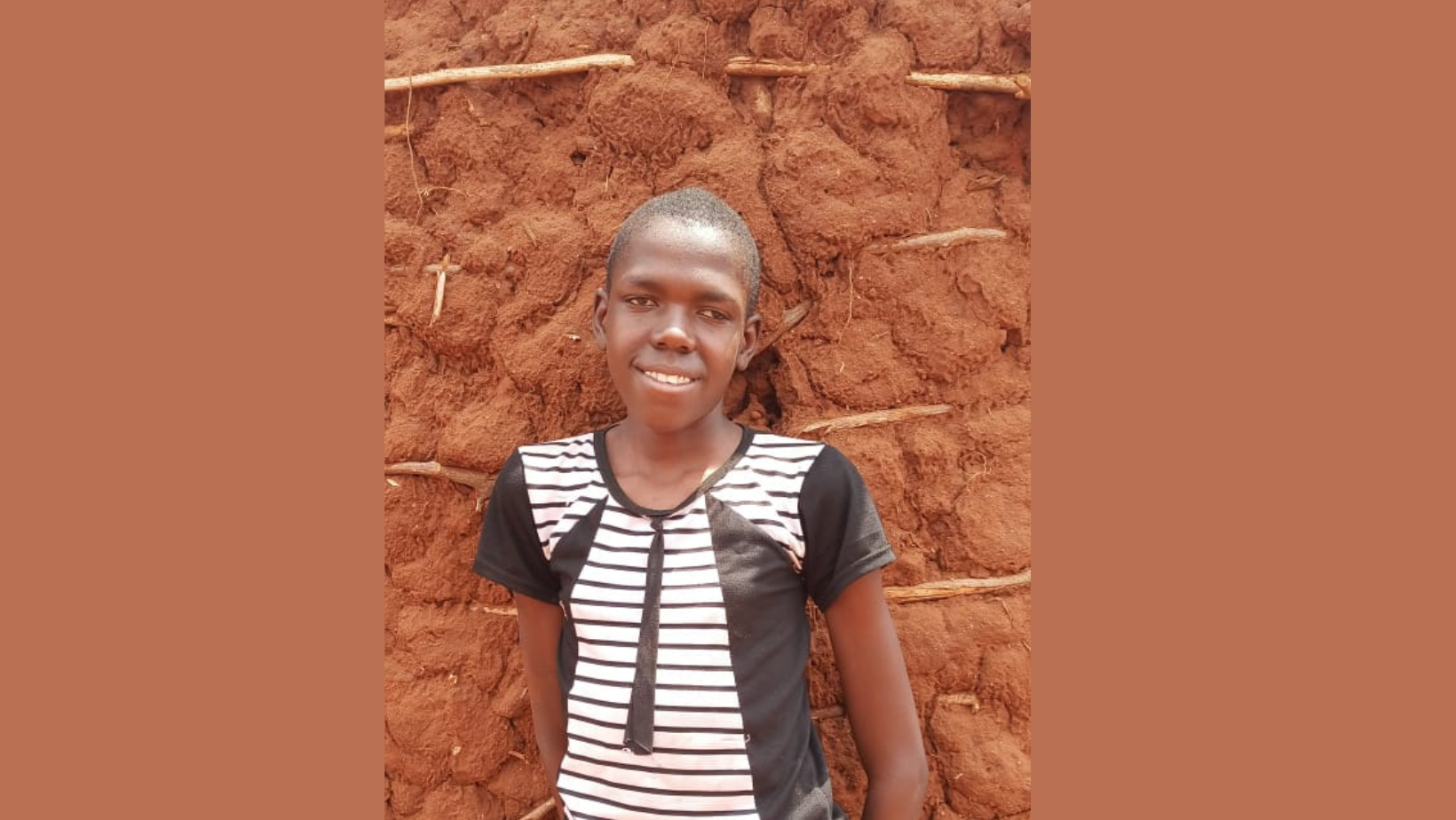 Agnes: at the top of her class in spite of challenges

By Cherie CatronJanuary 2, 2023Education of Girls, Testimonials
No Comments

Meet Agnes Mueni, she resides in the village of Njoro Maasai, Kenya. She is an orphan who lives with her grandmother and younger brother.

Agnes has suffered from Marfan Syndrome since birth. While Marfan Syndrome can affect many organs of the body, Agnes is fortunate that it only appears to have affected her eyes.

Agnes’s school principal took a special interest in her years ago and went above and beyond her own resources to help Agnes. This included allowing her to have more time to take exams as well as reading questions to her, but there were several bigger challenges looming.

The principal reached out to Foothold early in 2022 observing that Agnes’s vision had significantly deteriorated and her final exams were approaching in early December 2022. Her principal had petitioned the Ministry of Education for Agnes to receive specialized accommodations of a large-print test and additional time, but those requests were ignored in spite of her repeated letters, calls and documentation.

The 8th-grade exam is the highest stakes test that Kenyan students take: it determines if they even qualify for high school and which schools they are permitted to attend since Kenyan high schools are designated and ranked by student test scores.

In spite of her condition, Agnes has consistently performed at the top of her class every year. With her family’s lack of resources, Agnes qualifying for a high-ranking high school could be an incredible opportunity for her and her family.

Another challenge facing Agnes is the fact that the very accommodations that helped her in primary school would not likely to be available to her as she entered high school. Students like her with disabilities often drop out of school. While there are several schools for the blind in Kenya, they can be expensive and far away from her family.

A group of educators from Chillicothe, Ohio gave $500 to our high school tuition scholarship. I reached out to them to see if they would be interested in diverting some of the funds to help Agnes get appropriate glasses since not all of her school fees would be due at once. We estimated her glasses would cost approximately $100.

In late October, our general manager, Charity Kiriinya took Agnes to a specialist in Mombasa. She saw several specialists. They concluded that glasses would not help her. She needed surgery. We convened as a team. Surgery at the Lions Club Hospital in Mombasa would cost $500 using up her entire tuition scholarship for the year. We decided to go ahead and allocate the funds to her surgery.

Her surgery was unfortunately pushed back due to scheduling and the discovery that she needed surgery in both eyes. We were also concerned that scheduling the surgery too close to her exams could be risky, so she took her exams without support, and so far reports are that she performed well, but the results are still being confirmed.

On December 15, 2022, Charity took Agnes to Mombasa for surgery. The doctors decided it was best to do surgery on just one eye and for her to return in a few weeks to evaluate her progress and plan for the second eye.

She reported right away that her vision was dramatically improved. (See video below)

As she awaits the final results, we were faced with raising funds again for her school tuition. Brad sent out an email on Christmas Eve about her story. We had a donor give $500 the same day! We are excited to see what this incredible young woman can accomplish, but she’s not completely out of the woods.

She will return to the specialists in the beginning of the year 2023 to evaluate her progress and potentially prepare for a second surgery, but for now, the future looks so much brighter!

Below is a bio that Agnes wrote for us:

I come from Njoro Masai and my name is Agnes Mueni. I have a younger brother and the two of us live with our old grandmother. I have a condition known as ‘marfan syndrome’ which I have lived with since my childhood. With the help from Foothold International, I have been able to go to Lions Club hospital and will be undergoing surgery to help me see again. I have also done my final exam and I’m waiting to join high school next year but that will be possible if I get school fees which will enable me continue with my studies so as to achieve my dream of becoming an Optician. I aspire to help both the young and the old who have eye problems.