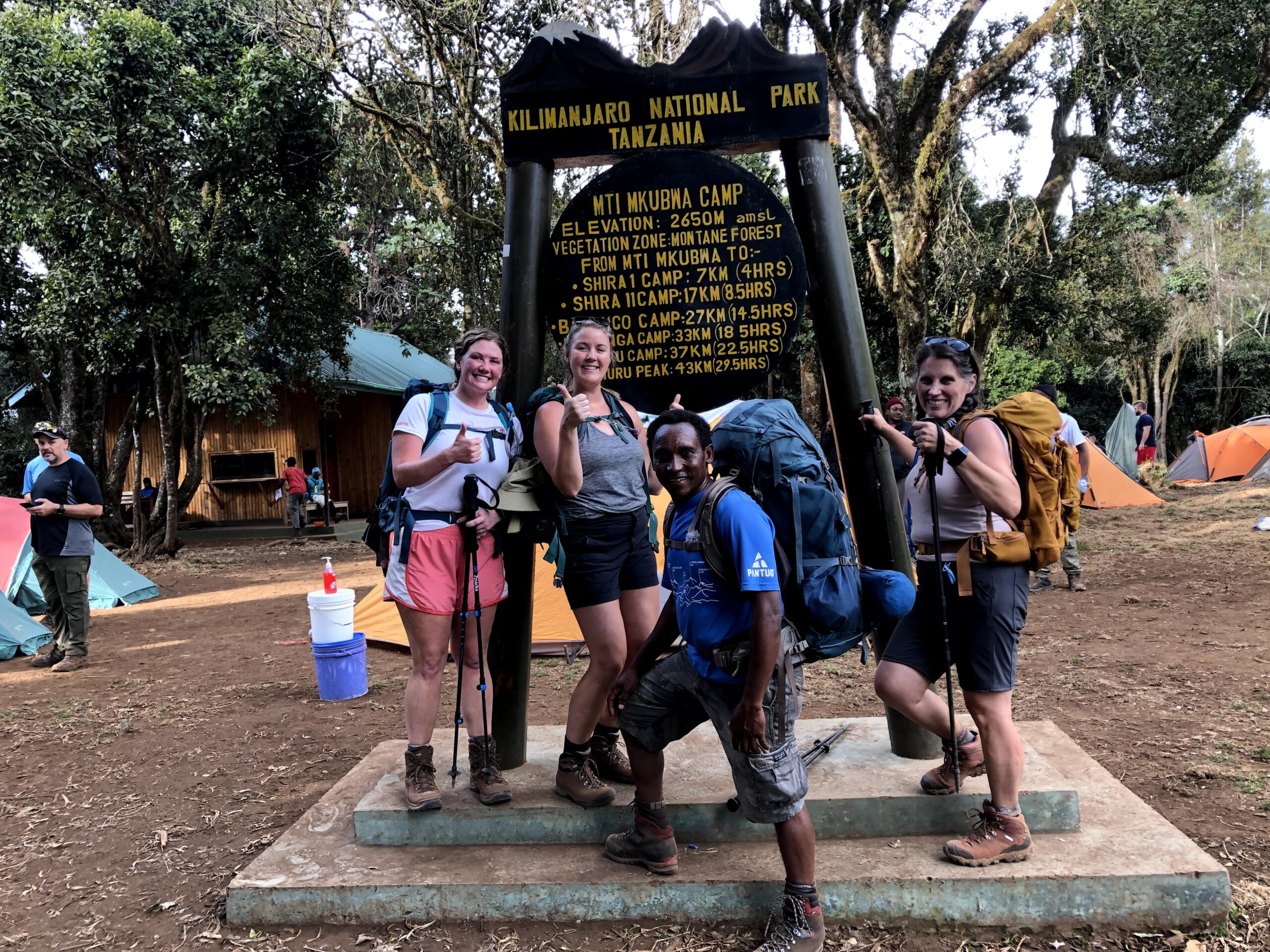 By Cherie CatronMay 16, 2022Kilimanjaro
No Comments

Spotlight on our Guide:

I met Francis a few years before my first Kilimanjaro Climb. Melanie Detty and I had travelled to Kenya and booked a day hike on our last day before flying home. This hike followed the 1st day climbing the Marangu Route, which is the most popular route that ends at the first camp.

I had unfortunately traveled with a nasty sinus infection (this was prior to Covid), so I didn’t think much of traveling while sick, and by the time of our hike, I had recovered, but Melanie was in the throws of the worst of the infection. Still, she was undeterred and adamant to hike in spite of not feeling well.

It was rough for her, but she made it to our destination. Francis was so patient with us, quiet, but attentive. I remember just feeling like we were in good hands. I asked him hundreds of questions about the climb, and he told me the Machame Route was his favorite, and he did not recommend the Marangu route. He didn’t like the huts. He felt that the set up of the camps often forced people who weren’t traveling together to share a hut, and this just made him uncomfortable as a guide, due to all of the things he said that could go wrong in that scenario. He felt much better having the group he was leading staying together.

Fast forward three years later, and I’m meeting Francis again the night before our Kilimanjaro climb. He looks different. I’m not sure it’s him. He introduces himself quietly, so I don’t catch his name. He doesn’t look like he recognizes me. We go through our briefing. He and Abuu, his assistant, check our equipment. I’m still not sure if its him until the next day, we’re riding to the gate, and I find a picture I took of him three years ago and show it to him. “That’s you isn’t’ it? Or do you have a brother?”

The look of shock on his face was just too funny. Now, he remembered me! We laughed and chatted about that hike. He smiled confidently, pointing to the mountain, “This time it will be better.”
As a person who has organized and led numerous trips to Kenya and Uganda, I appreciated his leadership throughout the trip. He wasn’t just watching out for three American women, he had a crew of 13 people he was also managing, and I was impressed with the care and attention he took to his crew’s needs as well as ours.

And in spite of his age, just one year younger than me, the three of us ladies looked to him as a dad, always checking in, making sure our shoes were tied properly, drinking more water, trusting our own strength, pushing us to keep moving when we wanted to stop, and telling us to also rest when we needed to.

Summit night for me was personally very, very difficult. He was the guide I needed to get to the summit. There were many tears shed that night and doubts that I would make it, but Francis encouraged me in a way few people could at the same time checking my oxygen and assessing my mental status to make sure it was safe for me to continue.

If you have ever considered climbing Kilimanjaro, I have complete confidence that Francis Kimario will take the best care of you.